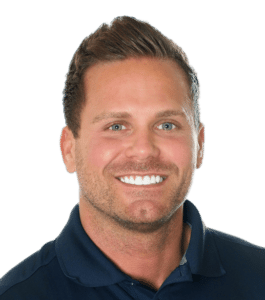 When you need a new roof, whether it’s because you’re replacing the one you have or you’re building a new home from the ground up, it pays to know about the various roofing types available on residential and commercial buildings. There are several types of roofing materials, as well as several styles of roof design – and this guide walks you through 23 of the most common.

Roof Design: The Roof Styles You See Every Day

Here’s an in-depth look at each roof design style.

Bonnet roofs are some of the most common types. They look a lot like any sloped roof you’d see – but two sides slope outward at smaller angles so that they can provide cover over a porch or seating space. These types of roofs have eaves that extend beyond the sides of the house, which can help prevent water from seeping in around the flashing. Bonnet roofs are really modified hip roofs, and sometimes, there are timbers or other supports propping up the gable end for more stability.

A butterfly roof, which is sometimes referred to as a V roof, is characterized by an inverted center. The roof slopes down toward the center of the structure (rather than up, like most roofs do). You’ll often see these types of roofs on custom-built structures. The sides of the roof jut upward, like a butterfly’s wings (or a letter V, if you prefer). With roots in the mid-20th century, these roofs were common after Frank Lloyd Wright championed them.

Cross gable roofs are very common, particularly in large and luxury homes. They feature two or more gable rooflines that intersect at an angle. Usually, the two ridges on the roof are perpendicular to each other, but that’s not a hard-and-fast rule for these types of roofs. Often, homes and businesses with this type of roof have a more complex layout inside because of the roof’s angles.

Curved roofs are a modern addition to the home design world. They create a unique aesthetic, but most don’t really improve functionality or strength. Reminiscent of the round-roof barns of the 1920s, these designs can help maximize attic space. The curve can vary; it can be extremely steep or slightly sloped, depending on the home’s design. Often, when you see these still-uncommon roofs, they’re made from metal, such as copper or zinc. These types of roofs require specially designed covering materials, and they must be installed (and often maintained) by a professional. 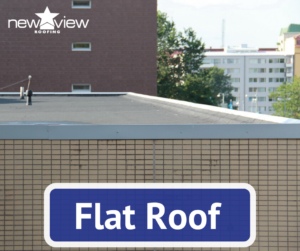 Common in older homes and some newer designs, flat roofs are those that have a pitch of 10 degrees or less. Usually found in arid climates that don’t get a lot of rain – like west Texas – when they’re on homes, flat roofs are popular in businesses. Generally, complex roof ventilation systems are easy to install on flat roofs. There are several pros and cons to these types of roofs, which are typically made with membrane or single-ply materials, built-up roofing materials, or modified bitumen. Repairs are usually simple and inexpensive, and you may even be able to make some repairs yourself – and if there’s no surface damage to the roof, leaks are incredibly rare.

A gambrel roof is one with two sides, with each side having a shallower slope above a steeper one. You’ll often see these types of roofs on barns and old churches, and they’re popular in some home styles, as well. These symmetrical roofs used to be called “Dutch roofs,” and they’re a form of hip roof with a few modifications.

A hip roof has slopes on all sides. Unlike a gable roof, which comes to a point and has only two slopes, hip roofs feature at least four slopes. They’re great in high-wind areas and in places that get a lot of snow. That’s because the roof’s slant allows snow to slide right off, preventing standing water when temperatures start to rise. Hip roofs can also provide extra living space inside a home, particularly when a dormer crow’s nest is built in. These roofs are generally more expensive to build than gable roofs are, and that’s because they’re more complicated in design. They need additional seams and valleys, as well as larger quantities of other building materials.

A Mansard roof – a style popularized during the Baroque period between 1600 and 1750 – is something you’ll see on a chateau or grand townhome. (They’re named after the famous French architect Francois Mansart, who popularized them). These roofs have two slopes on all four sides, and the lower slope is steeper than the upper one. They’re not completely unlike gambrel roofs, but they typically present a more squared appearance and the slopes are often much steeper. They can create extra space inside a home, and they’re well-suited to rural and urban areas. Often, they leave room for dormer windows, which can allow more natural sunlight in, and they can cut down heating costs by distributing heat more evenly than standard roofs do.

Like the name implies, a pyramid roof is a four-sided, triangular prism. Each side slopes downward – usually at the exact same angle – and they’re built on a rectangular or square frame. These roof styles are popular on summer homes, gazebos and sheds, and they definitely create stunning visual appeal. These roofs don’t have ridge boards, unlike hip roofs, but they’re essentially the same.

Particularly common on older, colonial-style homes, saltbox roofs look a lot like what you’d see on a shed. Often, these roofs have the same pitch on both sides of the gable, but one side of the roof is longer than the other. They’re often used on homes that have an upper story that’s smaller than the lower story. 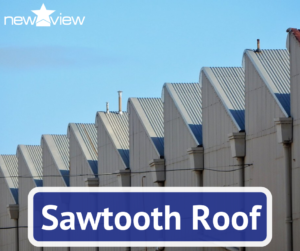 Sawtooth roofs feature a series of ridges with dual pitches on either side. You’ll often see them on commercial buildings, schools and shopping malls, but they can be used on residential homes, as well. The steeper surfaces of the roof are usually glazed and oriented away from direct sunlight, but they can help maximize indirect light inside the building.

Related: What you need to know about roof ventilation

Skillion roofs have one flat surface. They’re not standard flat roofs, though; the pitch is definitely noticeable (and on a flat roof, it’s typically less than 10 degrees). Also called mono-pitched or shed-style roofs, skillion roofs aren’t attached to other surfaces.

Some of the most common roofing materials you see every day include:

Here’s a closer look at each before we take a deep dive into roof styles.

Perhaps the most common – and the least-expensive – type of roofing material is the asphalt shingle. These shingles are designed to last between 20 and 30 years, and they’re reasonably durable. These shingles are common on homes all over the country; they’re the black roofing materials you see on the majority of homes. Asphalt is compatible with a variety of roof types, which we cover later in this post.

Tile shingles are popular on Spanish-style and Mediterranean-style homes. They’re often made from terracotta or slate, and they hang in parallel rows with significant overlap that protects the roof from water incursion. Tile roofs can last about 80 years, give or take, and most manufacturers offer 50-year warranties on them.

Wood shingles are an all-natural alternative to asphalt shingles. They have a smooth, uniform look and are often made from cedar or another sturdy, durable wood, such as cypress, pine or redwood. The wood is typically treated to prevent pests from finding it attractive and to keep water from soaking in or seeping between cracks to the underlayment.

Wood shakes are similar to wood shingles, but they’re traditionally hand-split. That results in a rougher texture than what you’ll see on shingles – and it creates a more rugged appearance on a roof. Like shingles, shakes are often made from cedar, cypress, redwood and pine.

Metal roofs are an attractive alternative to standard shingles, and they’re typically designed to last for decades. There are five major roof types when it comes to using metal materials:

Each of these roof types has its own benefits, and some are more affordable than others are. Typically, each is flexible enough to work with a variety of roof designs and home styles.

Slate tiles create an elegant, classic look. They’re incredibly durable and can provide your home with a fantastic layer of protection from the elements. However, slate is heavy – and although it can stand up to the elements, tiles can crack from exceptionally large pieces of hail or even a careless contractor walking on your roof. These tiles require you to have sturdy roof framing to prop them up. They’re typically costly, but they last for generations; often, slate can stay on a roof for 75 years or more without needing replacement. Slate does have to be installed and repaired by a professional, but you can maintain it yourself.

Related: 3 things you need to know before you hire a roofing contractor

Synthetic slate tiles are usually made from rubber, but they present a natural appearance. In fact, to the untrained eye, they’re indistinguishable from authentic slate. Because they’re made from rubber, these tiles are much lighter than their stone counterparts. The catch: They’re not as durable, and they don’t last as long as natural slate tile does. As a trade-off, though, they’re typically a lot less costly than slate tile.

Built-up roofing is more common on commercial buildings than it is on residential buildings, but you’ll still see it from time to time. It comprises layers of asphalt, tar or some other kind of adhesive with an aggregate. BUR can be used with special roof ventilation systems, such as heavy exhaust fans, and it’s often used on flat roofs or roofs that see a lot of foot traffic. This roofing material needs regular inspections; if repairs become necessary, they should be performed by a professional.

Many homes all over the U.S. have solar tiles. These tiles, specially constructed to absorb sunlight and convert it into usable energy, can offset energy costs and minimize a home or business’s carbon footprint. These types of tiles can even qualify you for local or federal “green energy” credits, which you can ask your roofing contractor about. Most people don’t outfit an entire roof with solar tiles, though. Instead, they’re a complement to existing roofing materials and, in some cases, lay on top of a roof instead of being built as part of it.

Green roofing is an ecologically friendly alternative to all other roofing types. These roofs are actually covered in plants, which help improve a community’s air quality, reduce water runoff and provide insulation. They’re increasing in popularity – partly because they help reduce heat in urban areas – and they’re able to reduce energy bills in all seasons. Green roofs can be expensive to set up and maintain, and they require significant structural support. You also have to consider water filtration, drainage, the types of plants you’ll use and how you’ll maintain the roof.

Do You Have Questions About Roofing Types?

If you’re building a new home or you’re replacing your existing roof, we can answer all your questions about common (and uncommon) roofing types so you can make the right decision. Call us today to discuss your needs and get a free estimate.

3 Signs You Need A Roof Replacement

Your roof, just like every other component of your home, has a lifespan. Most roofs are built to last between 20 and

What Goes Into a Roof Estimate?

When you need a new roof, whether it’s because you’re replacing the one you have or you’re building a new home from

We believe providing excellent customer service, skilled workmanship and installing high-quality materials allows for peace of mind for all of us, not to mention happy and loyal customers.